Bulldogs were originally used to drive livestock to market and compete in a blood sport called bullfighting. Today, they are sweet companions who love and care for children.

A short walk and nap on the couch represents this dog’s lifestyle. they can adapt well to apartment life and even make great companions for novice pet parents. They are affectionate with the whole family and are fairly low maintenance puppies. Just make sure you keep them out of inclement weather, as well as give them enough exercise, because being overweight is a danger to these dogs who are happy to spend most of the day on the couch.

If you are a dog lover in general, or a fan of this breed of dogs in particular, follow our article today to the end to learn about the most important information and facts about this wonderful breed.

The modern bulldog is quite different from its predecessors in the past. According to the American Kennel Club, in the thirteenth century England, bulldogs were used for the sport of “bull hunting.” Before we had professional sports, spectators would collect and bet money on this inhumane practice.

The ancient bulldogs were slightly longer and more powerful than the currents, and only the most aggressive were bred back then. His stubborn personality stems from their history in the ring, as they developed a high degree of pain tolerance and kept fighting until the last minute.

Bull hunting was not outlawed in England until 1835, and bulldogs faced extinction without this purpose. Many people admired the strength, determination, and appearance of the breed, and did not want to see them die.

Fortunately, there were breeders who devoted their lives to reproducing the breed. They only used temperamental dogs for breeding, so the dogs remained docile. In 1886, they were recognized by the American Kennel Club as a purebred.

This dog, which originated in England, has become a symbol of their people. Today, the Bulldog is known as one of the most gentle and child-friendly dogs in the world.

The length of both female and male ranges between 35.5-38 cm approximately.

Male or female usually live to an average life of 10-18 years.

He is much friendlier and goofy than it might seem. Although they are physically intimidating in appearance, they are very friendly with family and children.

“In terms of temperament, they are delightfully sweet if they are socialized early on, otherwise they will become aggressive and uncontrollable with dogs and other animals,” says Sarah Hodges, author and applied behavior trainer at the International Association of Animal Behavior Consultants. “While he generally conforms to people, he can also become defensive with strangers if not positively sociable in everyday life.”

Bulldogs have to be exposed to a lot of children, people, and animals to get this necessary socialization at an early age. The more positive interactions they have with new situations, the better off they are.

Bulldog owners must be vigilant to ensure their dogs do not overheat. They should not be left in the hot sun without supervision or without access to shade and water, and of course no dog should be left in a closed car even in moderately warm weather.

If a bulldog is very agitated or breathing very hard, his tongue will hang out unusually and have a bluish color instead of the normal pink. An immediate splash with cold water and administering ice can help cool the dog.

You should also monitor the eating habit of dogs because they are very greedy, and obesity and flatulence are common health conditions among members of this breed.

Thorough brushing with a soft-bristled brush for 10 minutes 2-3 times a week will keep your dog looking his best. During periods of heavy hair loss, first using a rubber curry brush can help.

Wrinkles on a bulldog’s face should be checked regularly to make sure the skin is clean and dry, as food or water can get stuck and cause irritation or infection. A cotton ball dipped in peroxide can be used to clean wrinkles, and cornstarch can be used afterwards to help dry.

Keep the ears and the area under the tail clean, and your dog’s nails trimmed about every two weeks.

The Bulldog is happy to rest at its owner’s feet, but it also enjoys occasional fun and a walk. Moderate exercise will help your dog keep fit.

Your Bulldog will be healthy when eating a high-quality dog ​​food , whether it’s commercially manufactured or homemade with your veterinarian’s supervision and approval.

Some Bulldogs tend to be overweight, so keep an eye on your dog’s calorie consumption and weight.

There is a variety of colors, including:

Relationship with children and pets

His friendly temperament and hefty size make the Bulldog an excellent companion for children, even the youngest. The Bulldog will put up with a lot of the kid, though he shouldn’t have to, and will turn away if he gets tired of being tormented by the kids.

With their calm nature, Bulldogs also get along well with other pets, dogs, and cats. However, they may be less social towards exotic dogs.

In the end, and after learning all the important information about bulldogs, we can conclude the following:

Yes, as dependable and predictable, the Bulldog is a wonderful family pet and adorable to most children. As a breed that loves humans, it actively attracts human attention. Although they generally get along well with other family pets, the English Bulldog can be aggressive to unfamiliar dogs.

In general, He is never a danger to the family and close ones, but like any dog, the Bulldog must have a proper social upbringing from a young age until it reaches a calm, loving, and gentle dog even with strangers. Contrary to popular sayings about these dogs, they only gained such a bad reputation because of their participation in bullfights before.

Should I worry if a cat scratches me ?

Rabies in dogs, how to prevent and treat it

Should I worry if a cat scratches me ?

Rabies in dogs, how to prevent and treat it 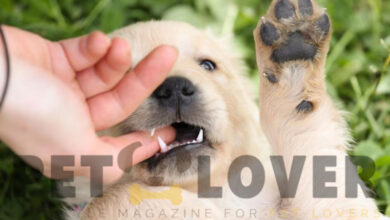 9 Steps to get rid of dog fleas fast This website uses cookies to improve your experience while you navigate through the website. Out of these, the cookies that are categorized as necessary are stored on your browser as they are essential for the working of basic functionalities of the website. We also use third-party cookies that help us analyze and understand how you use this website. These cookies will be stored in your browser only with your consent. You also have the option to opt-out of these cookies. But opting out of some of these cookies may affect your browsing experience.
Necessary Always Enabled
Necessary cookies are absolutely essential for the website to function properly. These cookies ensure basic functionalities and security features of the website, anonymously.
Functional
Functional cookies help to perform certain functionalities like sharing the content of the website on social media platforms, collect feedbacks, and other third-party features.
Performance
Performance cookies are used to understand and analyze the key performance indexes of the website which helps in delivering a better user experience for the visitors.
Analytics
Analytical cookies are used to understand how visitors interact with the website. These cookies help provide information on metrics the number of visitors, bounce rate, traffic source, etc.
Advertisement
Advertisement cookies are used to provide visitors with relevant ads and marketing campaigns. These cookies track visitors across websites and collect information to provide customized ads.
Others
Other uncategorized cookies are those that are being analyzed and have not been classified into a category as yet.
SAVE & ACCEPT
You cannot copy content of this page
Close
Close